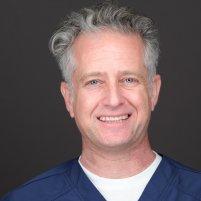 Upper abdominal pain, indigestion, nausea, and bloating could signal one of many gastrointestinal diseases, including a dangerous peptic ulcer and a complex condition called small intestinal bacterial overgrowth (SIBO). When your symptoms fail to improve, don't wait to schedule a consultation with Dan Wool, NMD. As a naturopathic physician and an expert in gastroenterology, Dr. Dan Wool carefully evaluates your symptoms, determines the underlying condition, and then provides comprehensive care that prevents complications. To schedule a free in-person or telehealth consultation, call the office in Scottsdale or Tempe, Arizona, or connect online today.

What is a peptic ulcer?

Without treatment, peptic ulcers can enlarge and cause internal bleeding. They may also perforate the stomach wall and block the passage of food.

Your digestive tract has a mucous coating that normally protects it from strong stomach acid. Under certain conditions, stomach acid erodes the inner lining and creates an ulcer.

The top two causes include:

Aspirin and nonsteroidal anti-inflammatory drugs (NSAIDs) irritate the lining of the gastrointestinal tract. Prolonged use of these pain relievers can lead to a peptic ulcer.

What symptoms occur if I have a peptic ulcer?

Upper abdominal pain is the primary symptom of a peptic ulcer. You may also experience:

Your symptoms may come and go over many years and only get severe if the ulcer penetrates through the wall.

SIBO causes problems such as:

Bacteria break down food as it arrives in the small intestine. In the process, they create gas that your small intestine doesn't typically produce during digestion. The extra gas causes bloating and flatulence.

The small intestine absorbs the nutrients you consume and sends them into your bloodstream. When you have abnormal numbers of bacteria breaking down the food, your small intestine doesn't get the chance to take in all the nutrients. As a result, you end up with deficiencies.

What symptoms occur due to SIBO?

SIBO causes many of the same symptoms as other gastrointestinal conditions:

How are peptic ulcers and SIBO treated?

As a naturopathic physician, Dr. Wool gets to the root of the problem by completing extensive diagnostic testing. Then he develops customized treatments, drawing from many possible alternative treatments, such as dietary changes, herbal medicines, and nutritional supplementation.

Though his first approach to treatment encompasses natural therapies that support your body's ability to heal, he may prescribe medication when needed to eliminate bacterial infection.

Get Effective Natural Solutions for: